Lies My Anxiety Told Me: The Bear, The Psychologist and an Impractical Purple Skirt 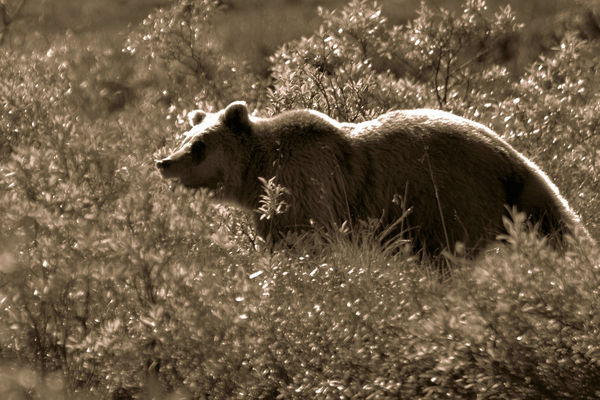 People are always asking me why I became a therapist, and an anxiety therapist to boot. Perhaps this will explain:

I’ve had two close calls in life. One with a bear, one with a purple skirt.

The year was 1968. I was in first grade. The school play was: A Charlie Brown Christmas. Being the only curly-haired girl in the class, I was cast as Freda. I can see it as clear as if it were happening now: standing petrified and alone in the spotlight (not likely, this was an ensemble production) on an otherwise dark stage (they would never do that to first graders) for an eternity (probably less than a minute, Freda was no Lucy).

My fear wasn’t about the performance, it was all about the skirt. My sister had made it special for me, just for the occasion. It was a purple wrap-style skirt, meaning it had no seams or zippers to keep it on. The only thing holding it together and, importantly, on my body (i.e.: the only thing that stood between me and what my six-year-old self imagined as death) was a single button at the top. Sensing the danger of this precarious design my single focus was to clutch to the side panels of the skirt and not let go. As I stood fearing for my life and dignity, my sweaty hands branding the light purple panel with my handprint, I was convinced that with one false move or perhaps a well-timed earthquake, the makeshift stage would give way beneath me, causing the risers to upend, and amidst thunderous sounds of crashing metal, I would fall and let go of my grasp of those felt panels, the stiff fabric would fly apart, the single button at the top would come undone. And so would I.

So, there it is — the therapist’s secret. A terrible humiliation in first grade. Being caught up in a moment of thespian intensity, that one false move causing me to let go of the death grip I had on the skirt, leaving me completely exposed on the stage. The airborne button, having completed its arc and its destruction, landing on the lap of some unassuming parent in the audience.

Not even close. This was the first lie my anxiety told me. The play was completely uneventful. I lived through, as Mark Twain would say, a tragedy that never happened. The skirt never failed me; it was my imagination that had.

Sometimes the biggest lies are the most revealing. Even at the tender age of six, I felt betrayed. Anxiety had shown its true colors; all that getting worked up for nothing. Throughout my elementary school years, as I saw time and time again that the catastrophic thing didn’t happen, I started to suspect that when you have that awful sick feeling like you are going to (abstractly) die: Don’t trust it.

Sure, like anyone else, I went through many other minor lies after that, hundreds or thousands of them: I wouldn’t get into college, I wouldn’t finish college, I wouldn’t find love, get married, have kids, find a job, find my car in a parking lot. But after so many false alarms, and those of thousands of my patients, and writing four self-help books on the topic, I’ve become desensitized to my amygdala: the incessant anxiety alarm in my head. Rather than jumping when I hear the drum roll introducing the next potential disaster, I resist the hype and think: “What, you again?”

Fast-forward 40 years. Then there was the bear.

Walking with a friend around a lake in a town, which, I should have made a mental note was called Bearsville, I had the brilliant idea to wander off the path and into the woods. Staring serenely at the lake with my back to the woods, my friend leaned toward me and whispered in my ear: “T, there’s a bear.”

A bear? Right behind us about to eat us? Or way off in the distance for us to admire and say how cute? My instinct knew in an instant without even looking: the bear (and her three cubs) were in that gray area between certain danger and possible safety — 40 feet into the woods.

Trying not to panic, I did an adrenaline-powered warp-speed survey of our options. I looked into the lake and thought — I could jump in if I had to (my husband reminded me later that bears, in fact, love to swim). I look in my pockets: my VISA card in one pocket, my cell phone in the other, the equipment which on every other day are an instant security kit, were of no use now. My liberal arts education — I thought of anthropology class: when you are under attack, show belly –surrender. Also of no use. There was no way I was going to take my eye off that bear and get on the ground. And finally, further of no use: my therapist training — I’ve fearlessly stood up against righteous oppositional kids, hulking CEOs and Wall Street day traders towering a foot or more over me. But not to the bear. I don’t speak bear.

This was the real thing.

This wasn’t the theoretical dying a million deaths of humiliation or sorrow — that’s what the amygdala did in its spare time when there was no real action going on — like bears. I was terrified. I couldn’t imagine that it would all end there. My life flashed before me. My instinct told me: just stay still.

End of story: we waited out the bear. After 15 long minutes which felt like a lifetime, she and the cubs took off, and my friend and I tore off in the other direction up to the main road.

It didn’t matter that all my education and tools of modern life had failed me, nor that the big lie early in my life had made me a non-believer in anxiety. The blaring alarm, the primitive wiring, that I’d hacked away at, ignored and dismissed repeatedly for decades, had my back in my hour of need. The amygdala is the alarm you never need to set.

Today, as much as I can still see that purple skirt clear as day, the glaring lights of the stage, the risers, I can’t see the bears. My mind has turned them into a cartoon: I see Yogi’s wife wearing a frilly apron and serving porridge to the cubs in sunny yellow bowls. Right.

The take-home message is this: Never worry that “not worrying” will leave you unprepared. You’ll always be ready for danger. Your amygdala is always going to tell you to sweat the small stuff, but it’s your choice. Feel free to skip the extra rehearsals, and know that when push comes to shove, your survival instinct will be there for you. But, maybe, just for safe measure, don’t wear wrap skirts in performance. And if you find yourself in a town with the word “bear” in the name, think twice before wandering off the path.