How to Manage College Admission Stress 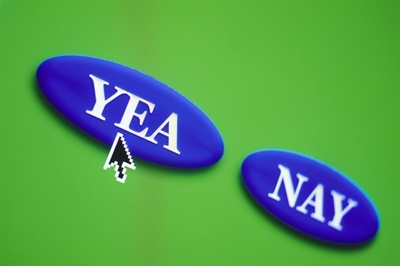 March is college admissions decision time, and it has families with high school seniors on the edge of their seats. Whether it’s using all of your restraint not to tackle the mailman to see if the envelopes are thick (accepted) or thin (rejected or maybe wait-list), or hovering around the computer with the cursor poised over the “decision” button on colleges’ websites, kids are thinking if they don’t get into Big-Name U or First-Choice U, their life is over. Parents, while they want to be supportive, are secretly thinking the same thing: This yes or no feels like do or die for their child’s future.

But is there really life beyond the thin envelope? At the moment of impact, the answer is no. But after the brief flatline, when it feels like the horizon of your child’s future has dropped out of sight for both you and your child, there is a resounding — yes. The fact is that if you ask your child, sincerely, to look at the actual meaning of the rejection, things start to shift. Parents should coach children to see that the rejection itself, they couldn’t control (and the “they” here refers both to parents and to kids). As students, they did their part — and most likely, did it very well. Parents did their part, too: coaching, cajoling, and fretting a bit for good measure. But as the number of applications goes up each year and class size doesn’t change, it is inevitable that the number of rejections increases, too. Admission boards are experiencing their own stress of having to turn away more and more highly qualified students. So the rejection part, no one could control, but what students do next, after that rejection, that part is up to them.

Does college admission have to be this brutal process of feeling that your whole entire future (or your child’s entire future) rests on a single letter? No. Who can either turn up or down the volume on their college bound child’s stress? Parents.

Whether it’s going through the “decision hell” of having to make a choice among colleges or the “admission hell” of rebounding from a rejection, parents need to tell students the bottom line: in life, there are no wrong moves. In fact, unlike the SATS where there’s only one correct choice, when it comes to college, there are many right answers. College, like anything else isn’t so much about where you go as much as what you do when you’re there.

Recent statistics reveal that one in three students transfer during their college careers and that the level of satisfaction in college varies most within the same school, not between schools. In other words, there aren’t great schools where everyone is happy and sub-par ones where no one is. It’s really about the match. So, when it comes to a teen’s future, many roads lead to Rome, and the more they can “travel” with the facts and the big picture, the more they will see that this important cross-roads moment doesn’t lead to a dead-end if it doesn’t work out exactly how they pictured.

Kids are devastated when they are rejected from a college because in their minds, they couldn’t imagine being anywhere else. Sometimes this is legitimate love. Sometimes kids just jump on the idea of a certain school because it’s “good” or someone recommended it, just so they won’t feel directionless, but the love doesn’t run deep. We can’t blame them for trying to imagine, because that is a necessary part of committing to the process. What is painful is when that picture is deleted (more like ripped from their hearts) and a new one hasn’t replaced it yet. It’s temporary, but in that moment, that may not be very reassuring. The more flexible their expectations — that there could be several places that they could fit in — the more they buffer themselves from that moment of rejection which feels to them like “this changes everything.” And it’s not good.

What specifically should parents do to help replace the temporary picture? Parents can help kids to separate the facts from the feelings. And remember, the feelings, however unreliable, always get there first. First thoughts: I’m not as good as I thought I was, if they didn’t want me, no one will. If I didn’t get in there, then I am not going to be successful in life. Screech!! Lift the needle off that broken record!

What are the facts? I didn’t get accepted to that school. That’s it. So speed-dialing your Voice of Reason, your child’s second thoughts could be: I am the same person I was before I got that rejection, and I will be the same person after. That letter doesn’t change who I am, what I’m worth, or what I’m going to do in my life. It just means that it’s not happening there.  Yes, it’s not as catchy as the anxious version of the story, but we know which one would do better on a fact-checking mission.

No matter how devastated or frantic parents and teens feel, they need to not let their feelings blur the facts. Parents need to manage their own anxiety, getting away from catastrophizing about the future by focusing on narrowly defined expectations. Instead, they need to give life a wider birth so that they can reassure their children that the disappointment they feel is temporary, that there is life on the other side of a rejection, that there are many right choices, every step is an experience that has benefits from which they can learn. Here are some ideas to emphasize:

• Success isn’t about place… it’s about you. Research shows that there’s little connection between where you go to college and success in the work place. Success in college and job satisfaction overall are not about numbers and prestige, they’re about finding meaningful work and doing it well. Success comes from within — not from your address or salary.• Separate the facts from the feelings. No matter how upset your child (and you) may feel about a rejection, it’s not a good read on the facts of the matter, it doesn’t change who you are. It is one data point and one moment in time. You are still all the things you were before the rejection happened, and you hold on to that after.• Successful people are flexible people. The most successful people, whether those are entrepreneurs, world leaders or athletes, have goals, but they are resilient and willing to find the good when things don’t go as planned. This is an important life skill and the current challenge offers your child an opportunity to be “successful” at managing rejection. Remember, Michael Jordan was cut from his high school basketball team and Steve Jobs was fired from Apple. Life tends not to come in meteoric rises to fame and success but hard won gains.• This step doesn’t lock you in. Students are not locked in to the first college you go to, even people who go to their “first choice school” often decide to transfer as they realize that their needs and interests change.• The opposite of negative thinking isn’t positive thinking, it’s possible thinking. If your child is upset, don’t insist they see the positive — they’re not there yet. They feel wedged in a corner of their life and they don’t need to think that everything will be a bed of roses or a job offer. They just need to see that there is life on the other side of the rejection, that there are many possible roads that they can take, even if they can’t see it yet.• Disappointment is temporary. If you don’t get in where you wanted to, you have choices. The way you feel now isn’t how you’re going to feel a month from now or maybe even tomorrow. • You are not alone. There is a school for you. College admission is a number’s game. Over 18 million kids go to college each year. Your child just needs to find the place that’s right for him or her. While you and your child are busy personalizing the meaning of the rejection and raking everyone’s self esteem over the coals, there are millions of other highly qualified students who are receiving rejections letters too. No one gets in everywhere. How should that highly qualified candidate interpret that rejection — decide that their stock value has dropped simply because one investor didn’t go there?Riding out the waves of disappointment is part of the experience of life, and because if ever there was a time when our children are likely to face some choppy water along with the smooth sailing — that time is now. Learning how to navigate those waves is a lesson that will help them to persevere in pursuit of their dreams in the future.

Remember, there will be a morning after. After the shock and tears, cursing and crying, you may be surprised at your child’s ability to reconstitute. They may do that gracefully: “I’ve got other irons in the fire, let’s see what’s next,” or not so much: “Those jerks didn’t deserve me anyway.” But whatever their signature style, the fact is that the gumption, perseverance and organizational skills that it takes to apply to college these days will carry them through. Deep down they know that it will work out, they just wanted it to work out a specific way and sooner.

In the words of His Holiness, The Dalai Lama, “Not getting what you want is sometimes a wonderful stroke of luck,” and it may just be that with the next acceptance letter or click of the mouse, that stroke of luck will be delivered. It will be the answer that changes everything, again, this time for the better.

For more ideas, please check out my new book:  Freeing Your Child from Anxiety: The Revised and Updated Version: Practical Strategies to Overcome Fears, Worries and Phobias and Be Prepared for Life, From Toddlers to Teens!

©Tamar Chansky, Ph.D., 2015. Previously published on Huffington Post. No portion of this work may be reproduced without permission of the author.